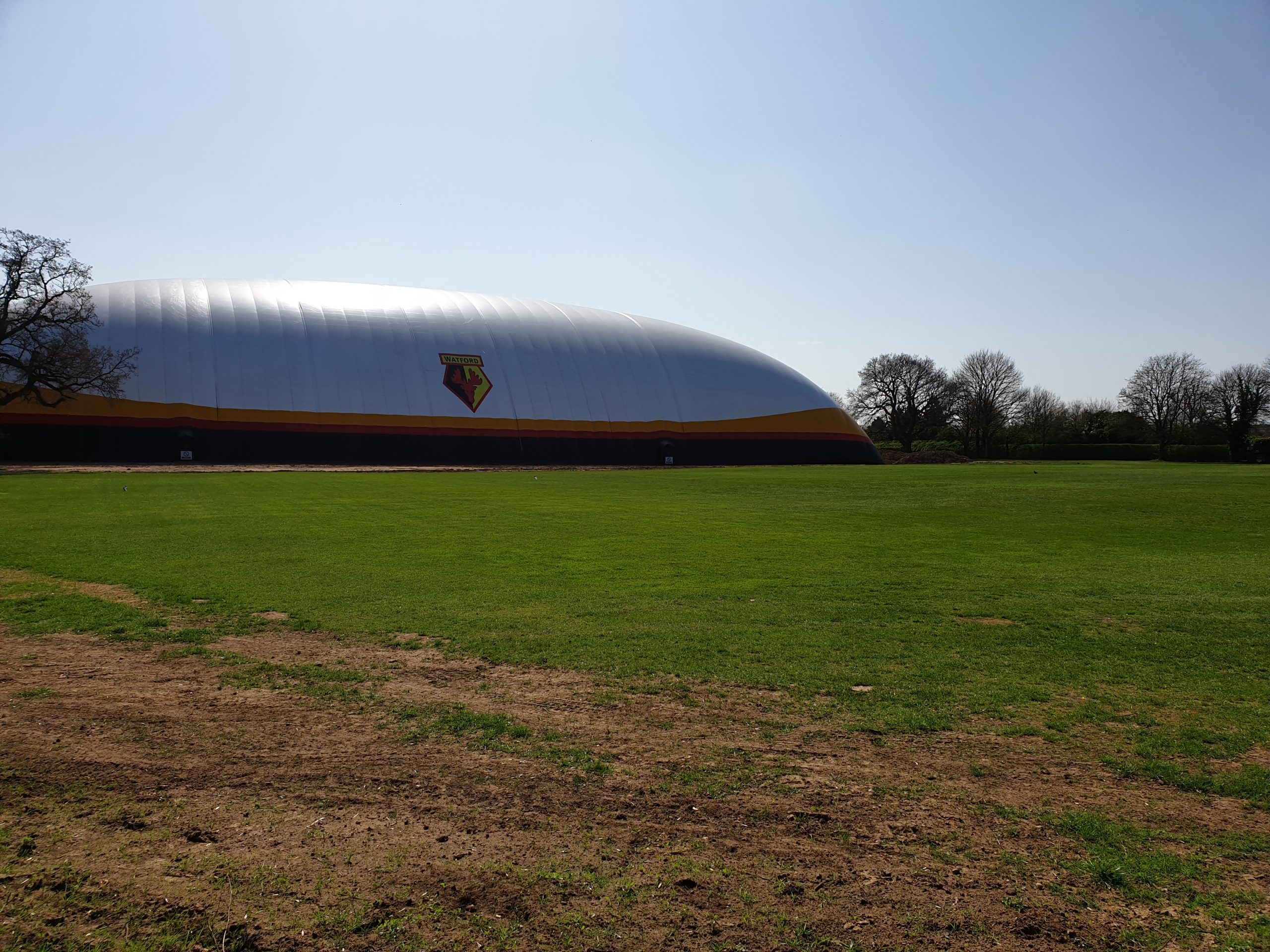 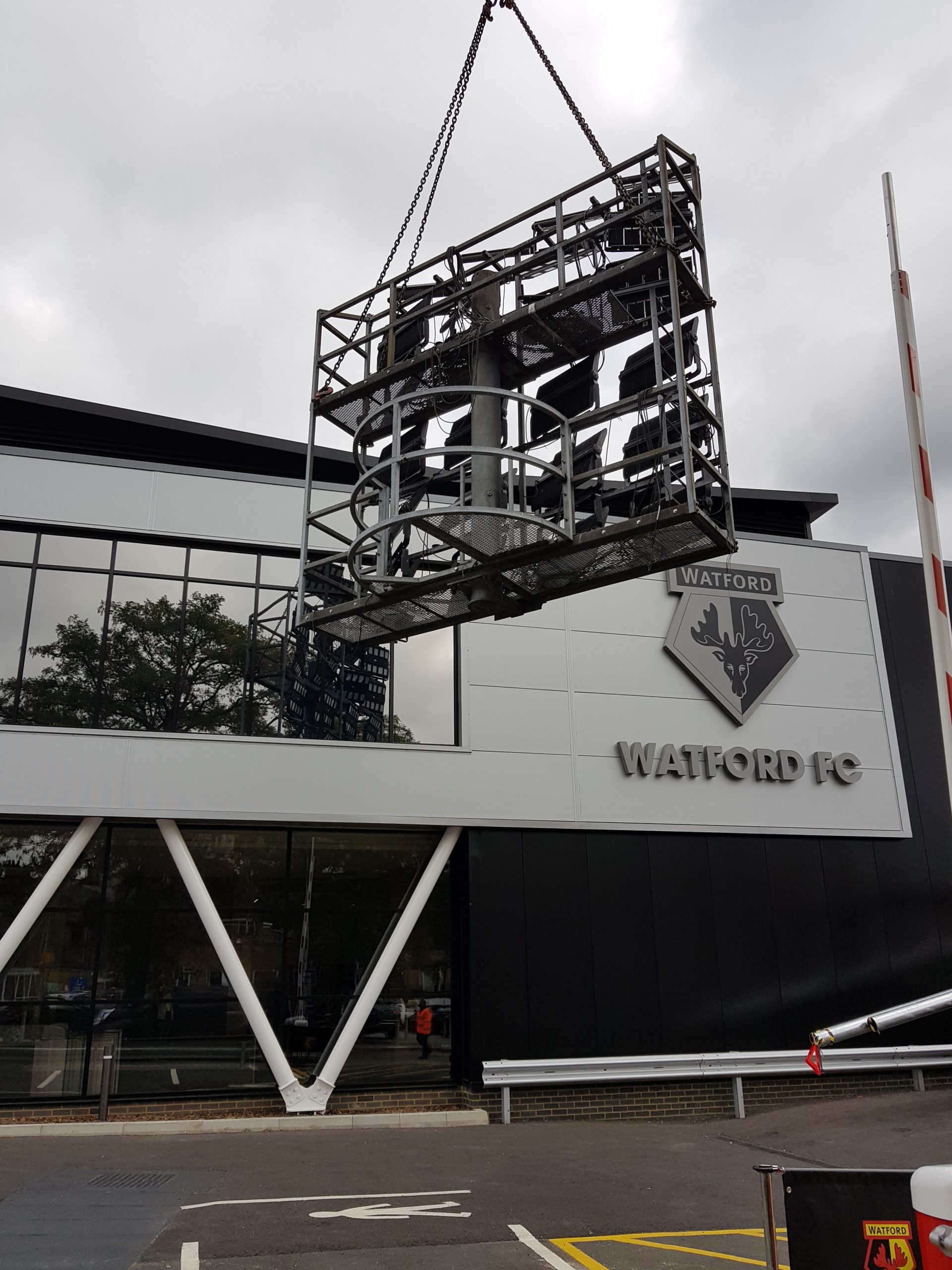 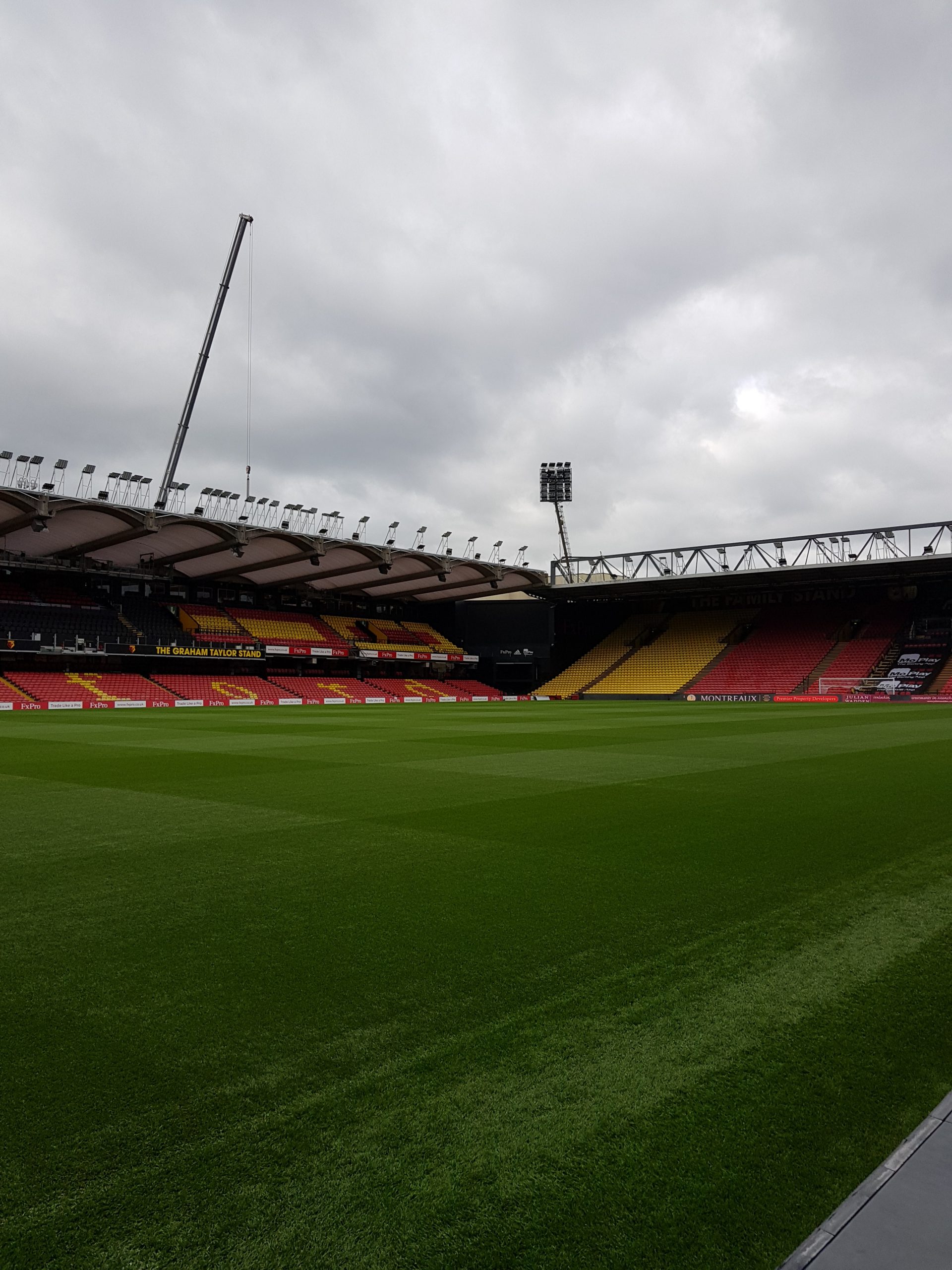 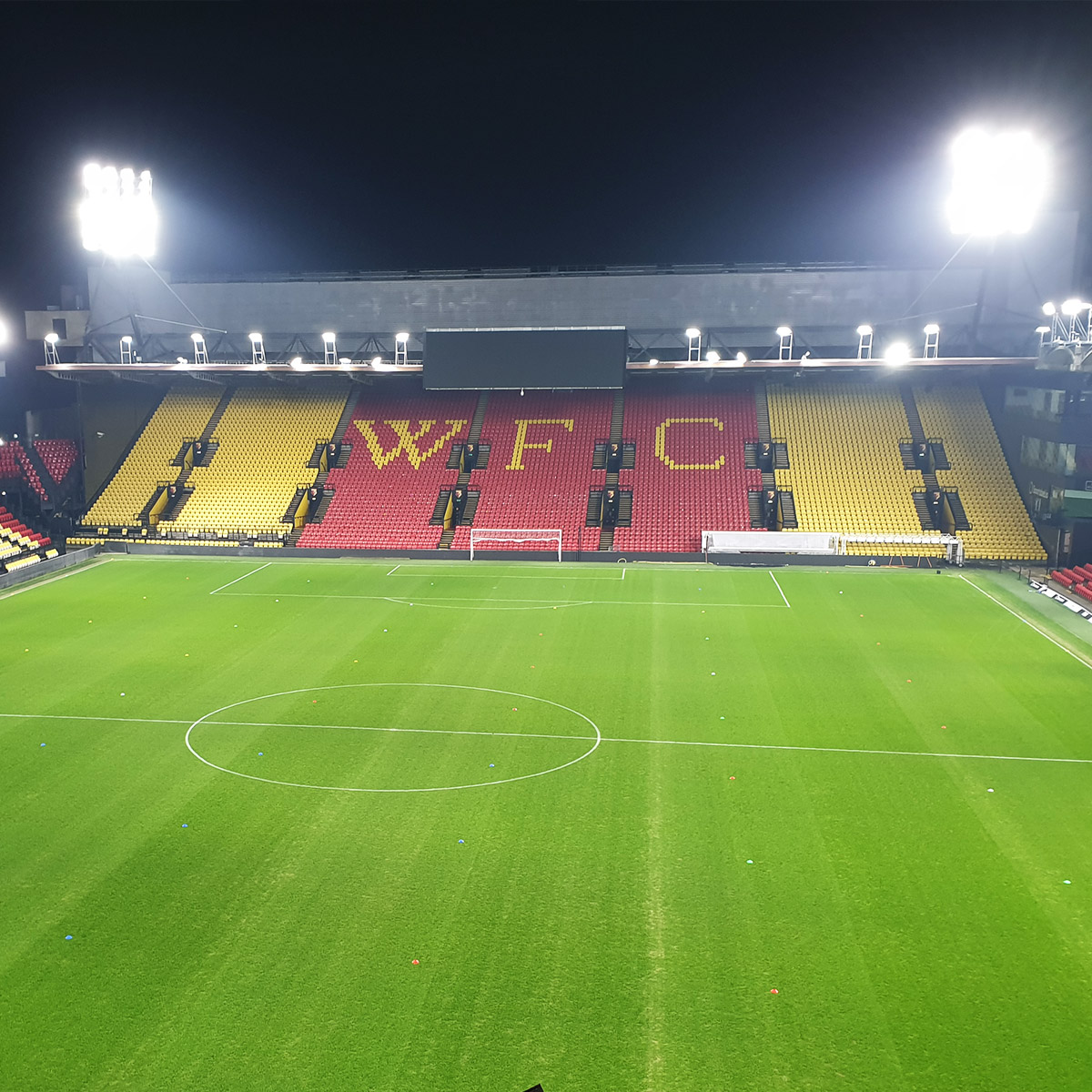 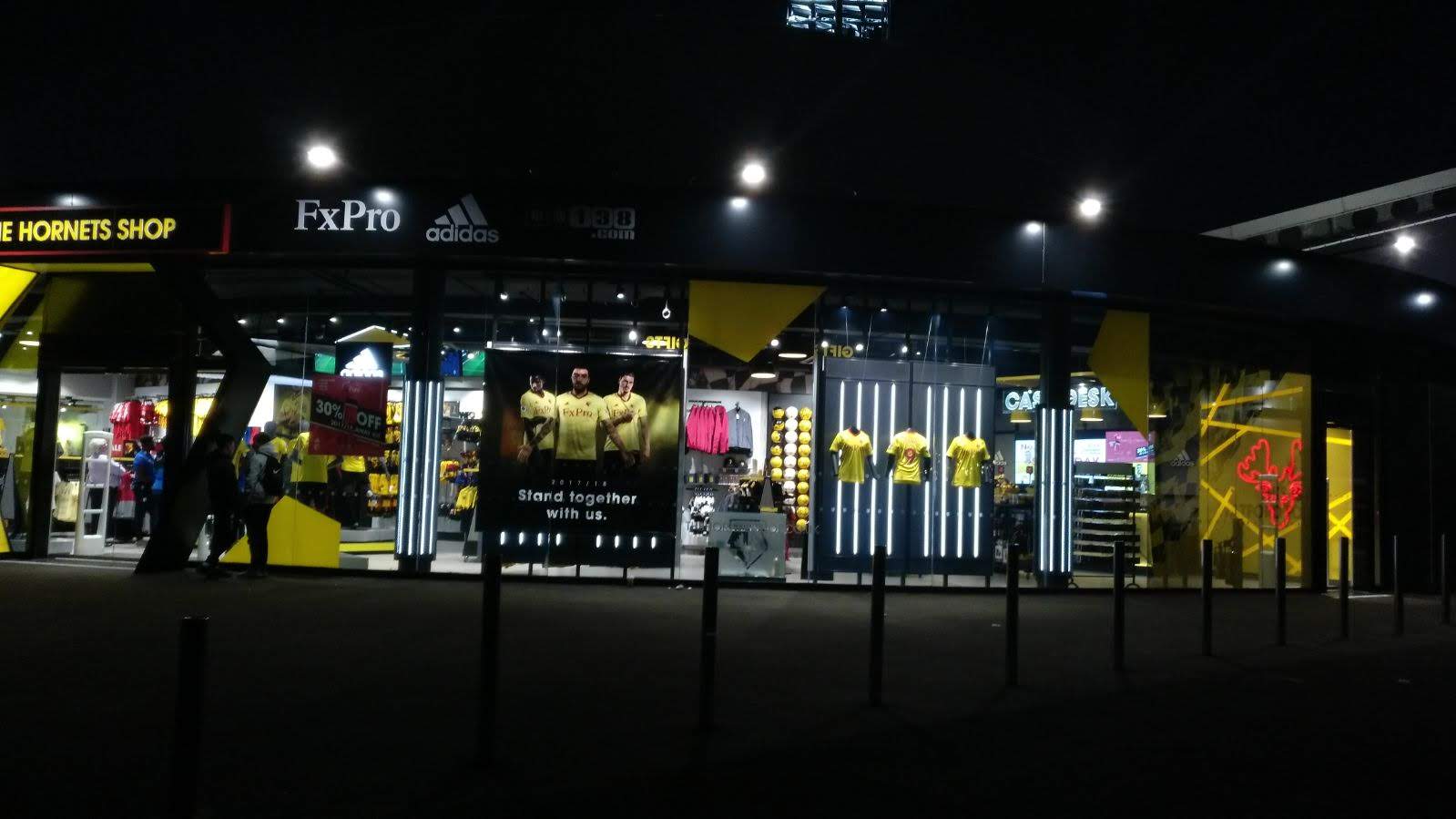 The prestigious football club Watford FC trusted us to improve, expand and maintain their electrical installations, both in the stadium as in the sports city.

One of the most important projects was the extension of their lighting system in the field . An additional 170 floodlights were installed, spread over the roofs of the 4 grandstands of the stadium. For this we design and install the complete control system and power distribution of all circuits . In addition to all the power wiring, control system and electrical supply system, we were responsible for the calibration of each of the bulbs in order to achieve a optimal and uninterrupted light distribution . In this way the club was able to meet the demanding Premier League regulations .

The club commissioned us to expand and improve the rest of the stadium’s electrical installations. From the power distribution for your new offices, restaurants and shops, to the heating system through self-regulating tracing system .

The icing on the cake was the renovation of the stadium’s general power distribution board . To carry out this ambitious project we did a exhaustive study of consumption, by means of power analyzers .

In addition to the stadium, we were in charge of modernizing the facilities of the sports city. We were in charge of the installation, start-up and subsequent maintenance of novel facilities, such as a covered training ground , maintained entirely by pressurized air, or a training pool with exercise and monitoring equipment.

Aside from the big projects, we were also in charge of the regular electrical maintenance and support during the club’s matches and events , and of the testing and certification of all its facilities. 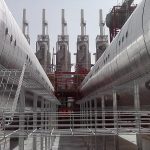